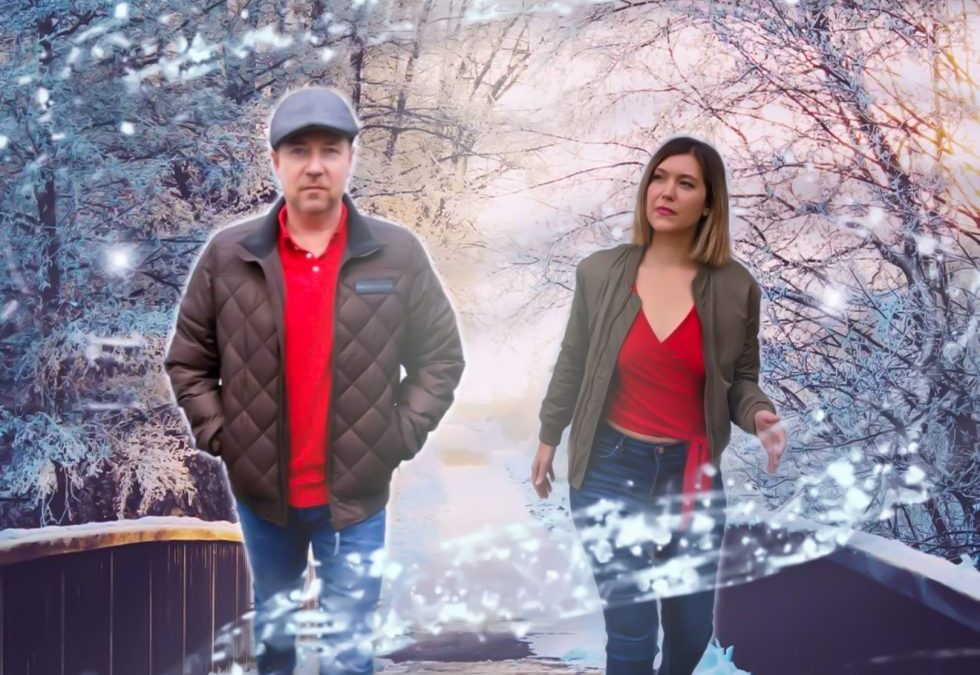 Moon and Aries is the collaborative effort of Canadian artist Jordana Moon and German artist Tom Aries. Tom and Jordana first met on Instagram in March of 2020. Tom had been on a long break from music and decided to create a new solo project which he called Galaxy of Night (Instagram @galaxyofnight_2020). With this project, Tom mainly focused on writing instrumentals based on his past experiences as a writer for short films and computer games.

It was during this time working on his new solo project that Tom discovered Jordana’s solo music project (Instagram @Jordanakmusic). We was instantly fascinated by Jordana’s unique voice, amazing original songs, and in the magical writing he found in her lyrics and Instagram posts.

Upon reaching out to Jordana, Tom found that Jordana loved his instrumental work as well.

The result is two artists who are a perfect musical match as the duo Moon and Aries, with the composer/producer from Germany and the magical lyrics and vocals from Canada.

After many chats, Jordana and Tom found that they shared a similar outlook on life as well as a shared interest in exploring long, intriguing rabbit holes.

The duo created their first song together (“Never Ending Escape”) at the end of 2020 which was just the beginning of a wonderful experience for these two artists.

With the success of their first collaboration under their belts, Tom and Jordana agreed to stop their solo projects and go “all in” on their new collaboration as Moon and Aries, a Synth Pop / Trip Hop Opera duo. The pair feel that this duo is a great foundation to explore their creative instincts, their highest message, and to share their truest artistry.

So in March of 2021, Tom and Jordana began work on their first concept album which will be released in the Spring of 2022 with 9 original songs. Since March, they have released (until now) 7 songs as singles since then. Single No. 8 will be released by the end of December, 2021, (“Pink Moon”, December 30th) and No. 9 will follow next year in February of 2022.

Jordana Moon (aka Jordana Kalenova) is a singer-songwriter from Western Canada composing and creating lyrics and melodies with the goal to inspire and empower her listeners.

Jordan’s approach to music is to mix a higher level of consciousness and concepts, and bring these more philosophical ideas to modern music. She composes her music with a wide variety of instruments including piano, acoustic guitar, bass guitar, electric guitar, mandolin, ukulele, and violin.

Jordana Kalenova of Moon and Aries, 2021

Tom Aries (AKA Galaxy of Night) is an electronic synthesizer musician, songwriter, and producer from Western Germany whose compositions feature instrumental tracks and analog and digital synthesizer sequences.

He has produced songs and sounds for computer games and soundtracks for short videos and films, with the combination of pictures, films, and art with music forming Tom’s first creative base.

Tom also released his solo songs as the solo artist “Galaxy of Night”.

In their collaborative process, the first composition always begins with a little piano melody composed by Tom. Tom then sends this file to Jordana to talk about her feelings and lyric ideas via chat or video call. After this, Tom develops a complete instrumental version always keeping Jordana’s voice in his mind and heart.

Tom then sends the file to Jordana and she starts to work on the final lyrics and the final vocals. Tom says of Jordana,”She is a brilliant writer and singer, especially in her ability to create wonderful harmonies.”

After working on the final song via file sharing from Germany to Canada and back again, their friend Chris Kung in Toronto who works at a music production studio performs the final mix and mastering.

Moon and Aries released their beautiful single “Cold” on November 25, 2021. Also released on that day is the video for “Cold” which features ice skater Justyna Plutowska skating to the song alone at night in an ice skating rink. Justyna’s skating is effortless, graceful, and perfectly in tune with Jordana’s delicate yet deeply moving vocals and Tom’s soul stirring electronic ambience.

This is a song and performance that strikes all of the right notes. It could have been written in the 1980s (in a good way), today, or 50 years from now. In other words, it’s a mood that transcends era and genre for something magical, inspiring, and from a world of its own that beckons the listener with its distinctly charming ways.

Please show some support for Moon and Aries by following their accounts and listening to their music. Independent artists rely on the support of the music community. You can actually make a difference in an artist’s life and career by showing your support in these ways!