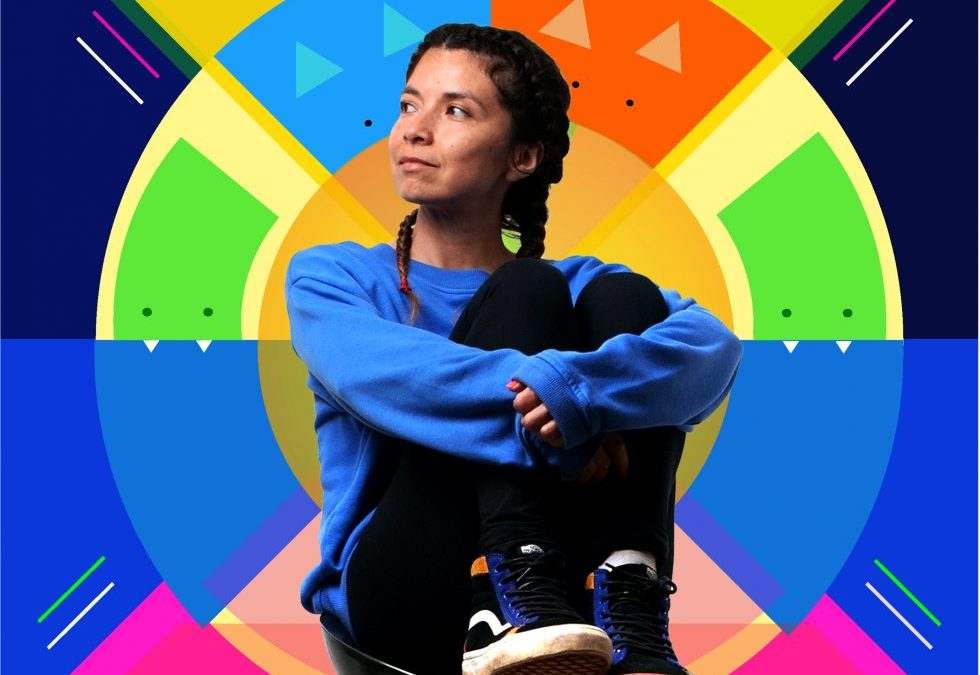 Adri Vinchira is a music producer, song writer, and visual creator. Born in Colombia, Adri was raised in Spain and is currently based in Belgium. Her unique music style combines elements of Synth Pop, Electro Rock, and Hip Hop. The vibes of her music are an explosive mix of art, fashion, and culture via addictive rhythms and colorful melodies.

Adri started her creative journey in mid 2000 as part of a Spanish Hip Hop label. She then turned to audiovisual production, embracing video art and sound art. Her work has been shown at venues such as Icarus Art in Toronto, Canada; Ars Electronica in Linz, Austria; Casa de Vacas in Madrid, Spain; Visualkontakt in Cluj, Romania; and START in Olbia, Italy.

A Turn to Electronic Music

After these projects, Adri turned her focus to electronic music, releasing an EP named “Balloon” as part of the duo Adri Vinchira and the Arrogant French Prick before finally setting off on her own venture as a solo music artist. Her solo music career is the culmination of all her different creative experiences, resulting in a visually rich and dynamic experience for her listeners.

Adri’s first single as a solo artist, “La Esfera” (meaning The Sphere in English) was released on June 4th, 2021. With its clever mix of 80s soaked synthesizers and her signature vocal style, “La Esfera” places Adri in the company of such talents as M.I.A and Björk at the same time.

Hot on the heels of her July release “La Esfera”, Adri’s latest single, “Màs Arriba” (August, 27th 2021), is a fun and well played fusion of Hip Hop and electronic vibes.

“Màs Arriba” (which essentially means “higher” in Spanish) is also a phrase common here in New Mexico. During Fiestas, the call of “Arriba arriba” or “Mas arriba” can be heard as a rallying cry to party and to celebrate life. So naturally when I heard Adri’s song, it was this same type of no-nonsense energy to uplift that caught my ears.

Indeed between Adri’s hard hitting yet softly delivered vocals and the sexy backdrop of synth and hip hop beats, it’s hard to decide which I love more.

Please show some support for Adri Vinchira by following her accounts, visiting her website, and listening to her music. Independent artists rely on the support of the music community. You can actually make a difference in an artist’s life and career by showing your support in these ways!