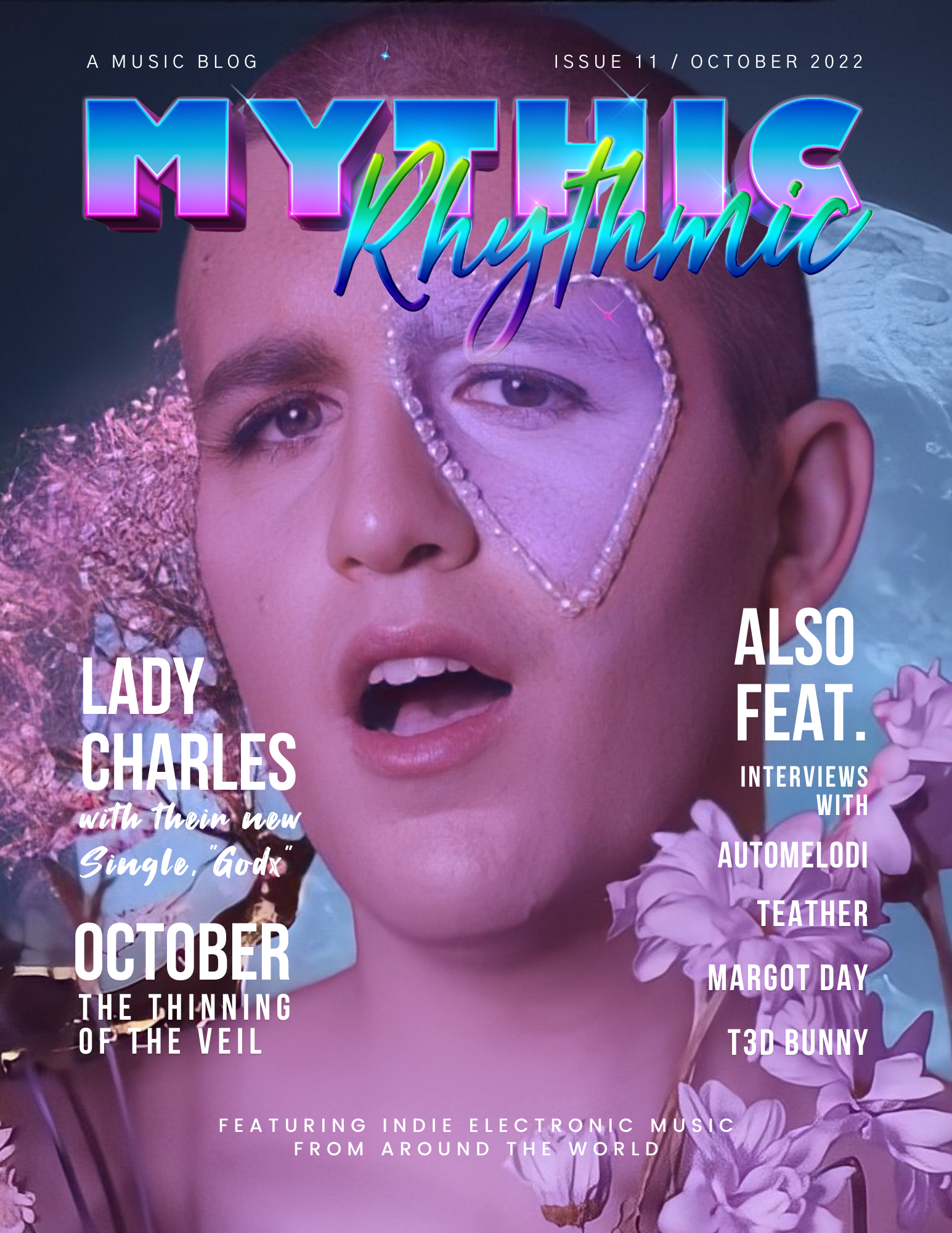 It’s that time of year again! The leaves are beginning to change and fall as nature ever so deftly paints the landscape with shades of red, orange, brown, and yellow. The days are getting shorter, the nights are getting longer, and the veil is just about to get thinner.

Throughout the ages, autumn has marked the most important time of the year—that being the season of harvest. The word autumn itself comes from the ancient Etruscan word autu which means “the passing of the year”. Civilizations all over the world spanning the ages have developed various rituals and customs to help mark the passage of the year and to invite good luck for the next. From the Mayans to the Greeks of antiquity to the Japanese, each culture also has their own way of honoring their Gods this time of year.

Autumn signifies the death of the old, a return to the ground, and the fall of the year itself. This season of celebration and sacrifice begins with the Autumn Equinox and ends on the Winter Solstice on December 21st in the Northern Hemisphere. Birds fly south for the winter and we take stock of the year passed. What did we create? What did we destroy? What will be the full measure of our efforts? Will we be blessed with a bountiful harvest or cursed with lack? Will it be feast or famine? In these present and confusing times, there is often no single answer.

Around the world and throughout the ages, the changing of the seasons has also represented a new chapter in our lives. Nestled in layers of crimson and gold, autumn especially brings with it a reminder that no matter what the previous season held, our lives will change and be colored in turn by this transition.

As we have become so technologically dependent, we have in many ways lost this conscious connection to nature and to ourselves. Yet from time immemorial, autumn has been a time of success or failure. For those who worked hard and were blessed with good fortune and good weather, the Gods were said to shine kindly. For those who were unable to reap the harvest due to negligence or bad luck or both, it could be a season that portends ill fate and even death.

In Japan, autumn is called 秋 (aki). It is here that we find the phrase 芸術の秋 (geijutsu no aki) which literally translated means “autumn of the arts”. The Japanese of today have in many ways retained a close connection to nature, finding peace and inspiration in the nuances of nature’s artistry. Tracing this tradition back to the Shincho (“New Tide”) literary magazine in 1918, Japan holds autumn to be a season of celebration of both art and artists. It is when major Japanese art museums and galleries hold their openings. Indeed, the art of watching leaves change color is still appreciated in Japan and comes in second only to the Cherry Blossom Festival in Spring.

During this paradoxical time, the thin line between life and death, between beauty and decay, is also where we find Halloween—nestled between beautiful memories of warmer, gentler summer days and the arrival of the long, dark night we know as winter. Originally known as Samhain (pronounced saa-wn), the origins of Halloween can be found in the traditions of the Celts, a collection of Indo-European peoples prevalent in Europe from 600BC to 43AD when the Roman Empire rose to power.

Though now heavily corporatized and Americanized (many school children might even think this is a uniquely American Holiday these days), Halloween (not unlike Christmas) is deeply rooted in ancient tribal European paganism. The Celts—though representing different regions—were in fact the largest group of people to inhabit ancient Europe.

In ancient Ireland and Scotland, the Celts celebrated Samhain as their New Year. Many ancient stone arrangements can be found to be tied to this important date including the Hill of Tara which is perfectly aligned with the Samhain sunrise. I had the opportunity to visit the Hill of Tara many years ago on a visit to Ireland while exploring some of my family history and the energy was palpable. So palpable in fact that locals and tourists alike are advised not to sit on the stones surrounding this and other neolithic Gaelic monuments because doing so could bring about unexpected fertility!

With the arrival of the Romans and Christianity, these traditions were retrofitted and carried forward into the future by figures from the Christian and Catholic Churches as All Saint’s Day. The more pagan aspects of this festival have persisted in the European and then later the American psyche right on into the scary movies, Halloween costumes, and tricks or treats of today.

It was only in Medieval England during which this time of year and its festivals became officially known as All Hallows, the eve of which has come to be known as Halloween.

All Saint’s Day itself falls on November 1st and is designed to commemorate all of the saints of the Christian Church, both known and unknown, who have attained Heaven. November 2nd is known as All Soul’s Day within this religion and commemorates all of those who have passed and were considered to be believers of the Christian Faith.

In Mexico and here in New Mexico as well where this Blog is based, we celebrate Dia de Los Muertos or the Day of the Dead on November 1st. Gifts of alcohol, favorite snacks, and other mementos are placed on altars to loved ones by living family members and friends. People paint their faces and bodies as skeletons and wear black, the somber tones punctuated by large, colorful flowers made of tissue paper. Ultimately the mood is one of both deep sorrow, painful remembrance, and of raucous celebration all at the same time.

Hence the space between October 31st and November 2 holds a remarkably similar importance across many cultures and regions, reaching deep into our collective past. It’s a window in time that marks when the wall between the seen and the unseen, the dead and the living, the darkness and the light falls away, making connection between the two possible.

Somewhere in the midst of all these cultures we find the Thinning of the Veil.

This is the sacred and fleeting time in which the walls between the world of the known and unknown disappear, hence our tradition of dressing in costume to confuse spirits and beings that are not of our world and also to receive food and gifts ourselves as avatars of beings from that realm. We provide offerings of food and drink and yes, even a Mars Bar to appease their appetites.

Autumn is artful, the veil of nature slipping to show us what is underneath…the very bones of our trees and the richness—or paucity—of our experiences.

So without further ado I bring to you 5 artists whose work spans that distance between the known and the unknown, the sinners and the saints, the dead and the living, the seen and unseen, the obvious and the obscure. Their art is fearless and transcendental. It is fun and controversial. The hard work is evident in the ease of their sound, a harvest worth sharing far and wide.

Our cover artist this month is Lady Charles, the gender bending non-conforming 100% pixie pop songstress with their beautiful and thought provoking new single “Godx”. I was immediately drawn to the serious playfulness of this artist’s style both musically and visually and I believe you will be, too.

Also featured is the super cool, super dark, and super sexy Automelodi—a project from Xavier Paradis, the somber yet inspiring French artist with the purest New Wave influences I have seen since the 80s.

We go down the rabbit hole with the multi-talented musician and illustrator T3d Bunny from Portugal with his unique brand of sonic musings and provocative imagery which sits somewhere between Electropunk, Darkwave, Neil Gaimon, and a love letter to fluffy bunnies.

We can get lost and found again in the raw emotional appeal and wildly sublime vocal stylings of the ever so graceful, ever so tasteful Seattle, WA-based music artist Teather.

Take a trip on memory lane (or explore avenues of time yet unfamiliar to you) with the Gothic Witch Margot Day, former lead singer of the 80s Electropunk band The Plague as she shares stories of what it was like to make music and perform in that era as well as introduces us to her latest creative offerings through her latest project, METAMORPH.

We hope you enjoy the October Issue of Mythic Rhythmic! Please stay tuned for more adventures in sound and don’t forget to tell your friends about us.

The Thinning of the Veil 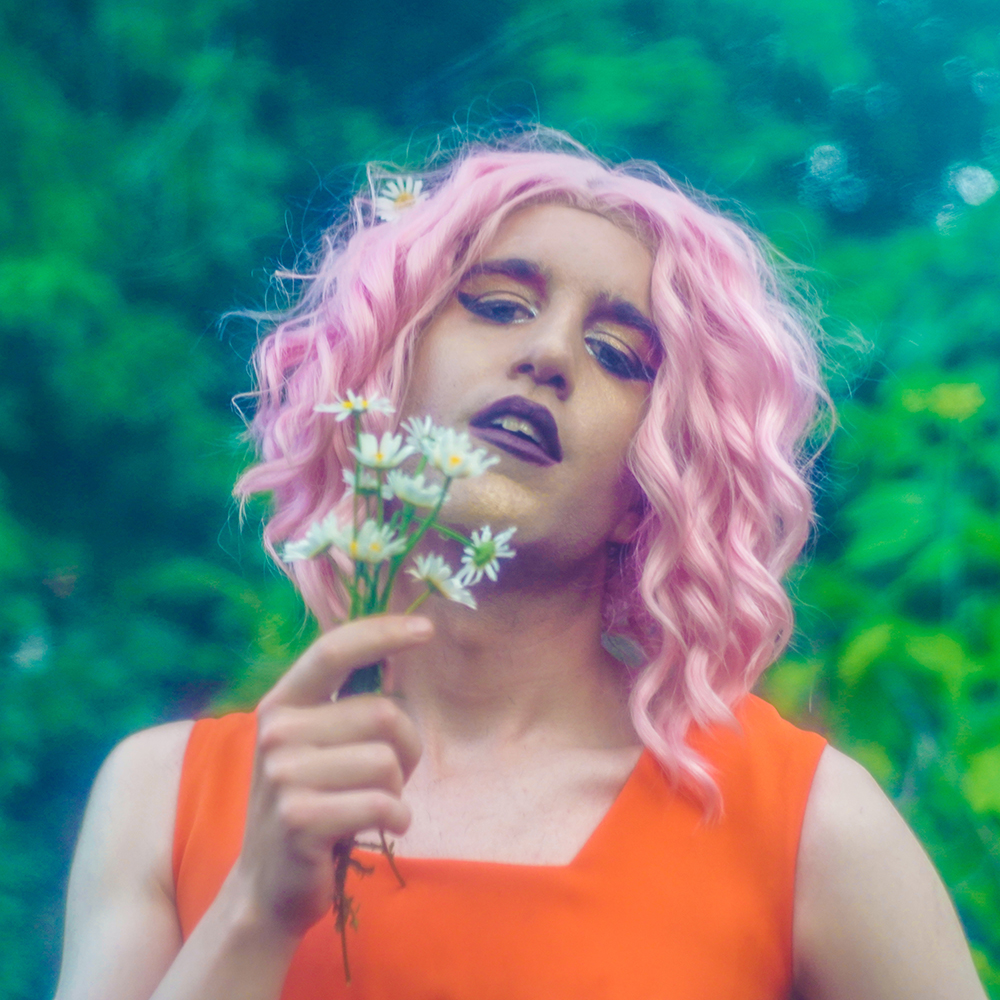 Lady Charles and the Humanity of Godliness in “Godx” 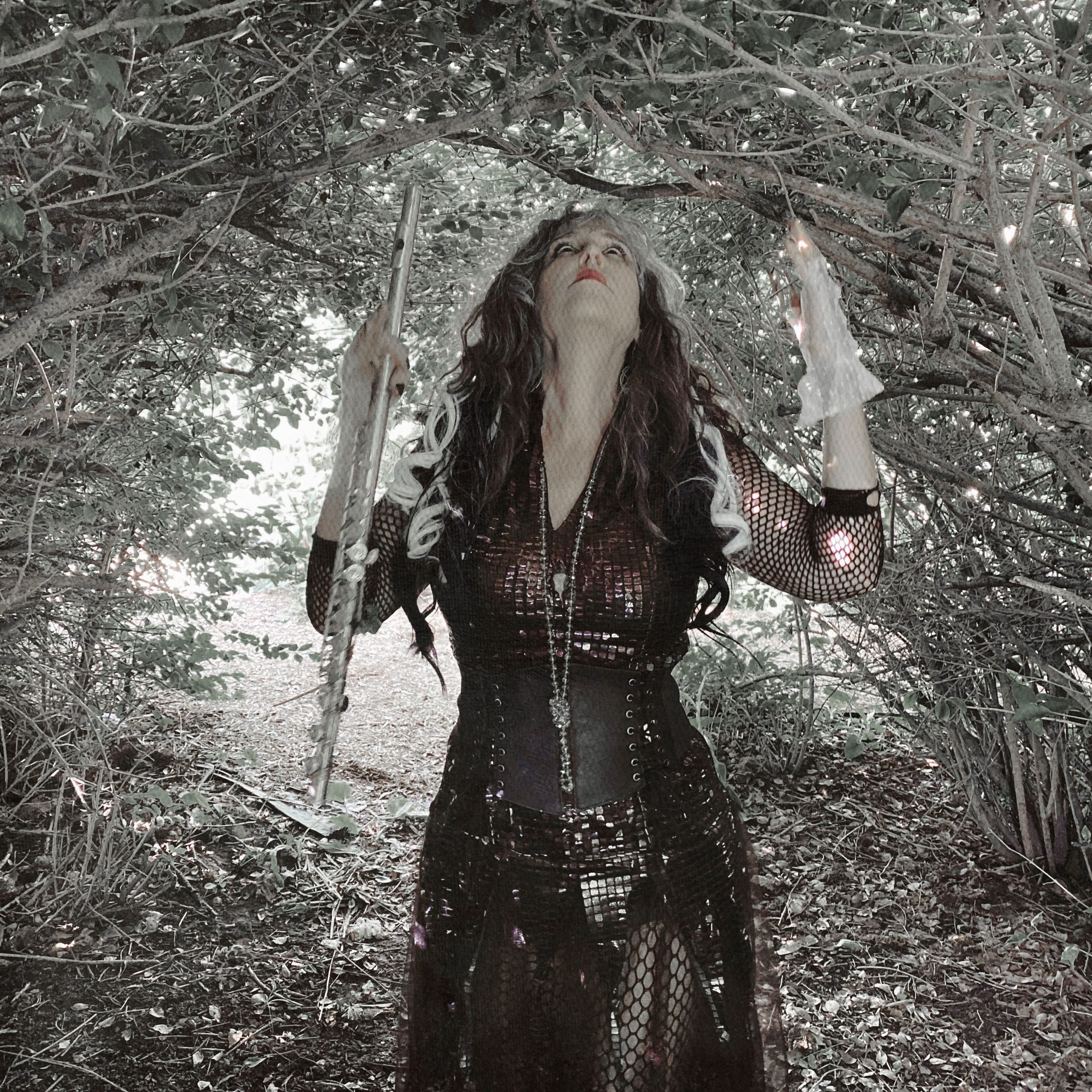 Emerging from the Chrysalis
with Margot Day and Metamorph

Margot Day is a modern day Witch and Goth Pop songstress with hauntingly ethereal vocals, mesmerizing musicianship, and a fiercely powerful visual presence worthy of a Queen of the Night. 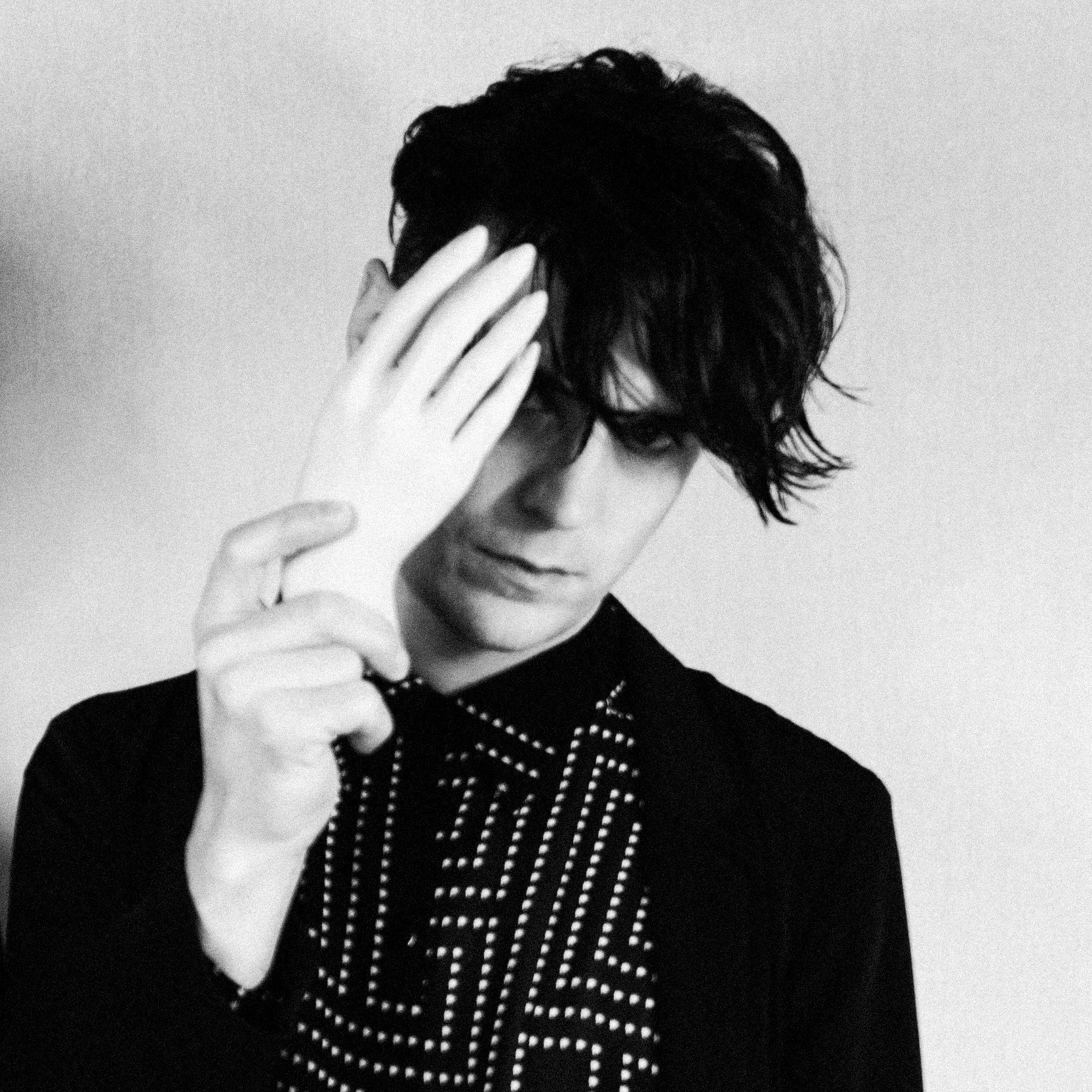 Officially formed in 2006, Automelodi is the continuation of the electro-pop approach started at the end of the ’90s by Xavier Paradis under the pseudonym Arnaud Lazlaud. Paradis and is now presented in a solo format. 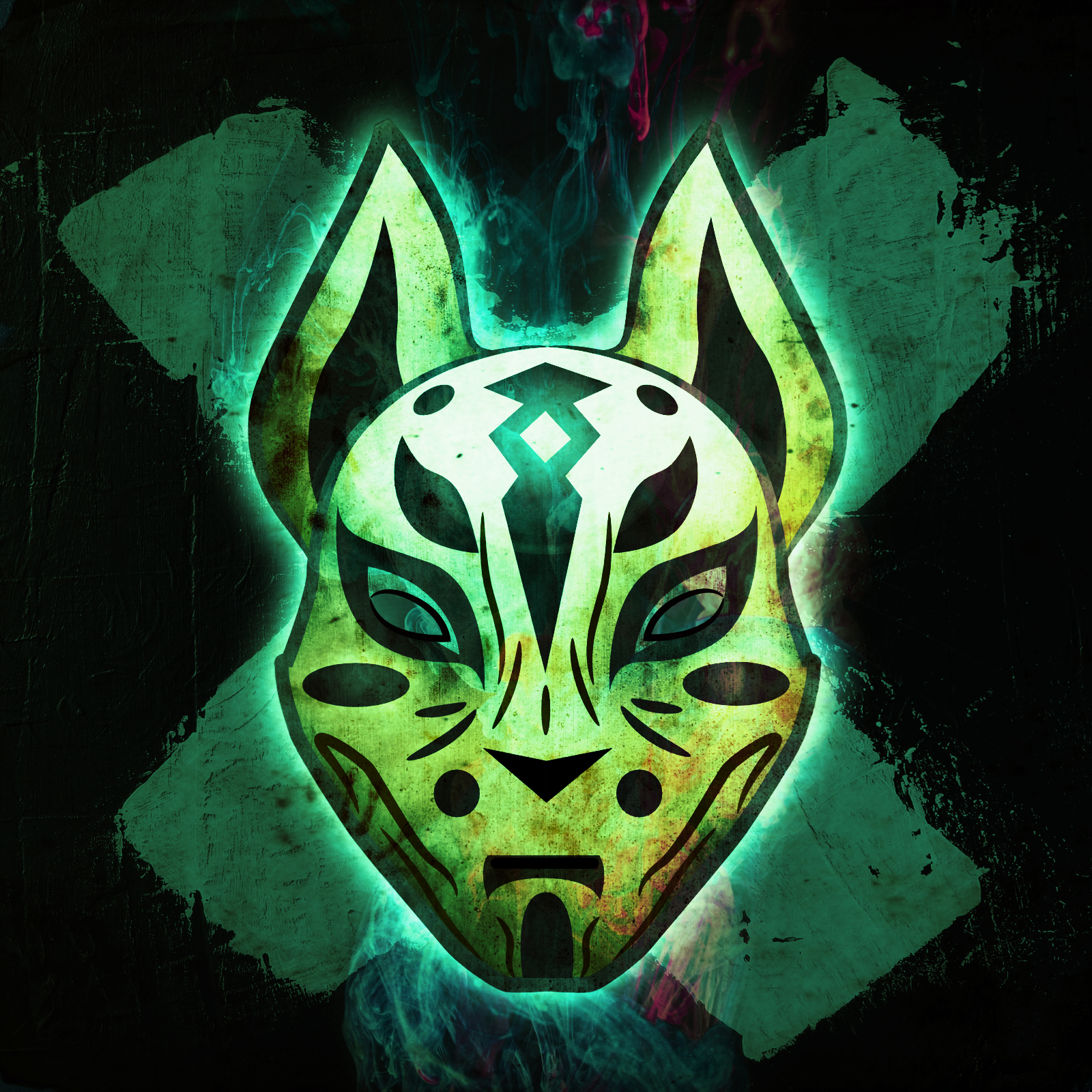 A journey down the rabbit hole with T3d Bunny

T3d Bunny (Ted Bunny) is an artistic entity that emerged in 2020 under the format of A.R.G. He began his musical epic with the theme “Electro Nana” in 2021 and has already released 3 Singles, 2 EPs, and an 11 track LP. 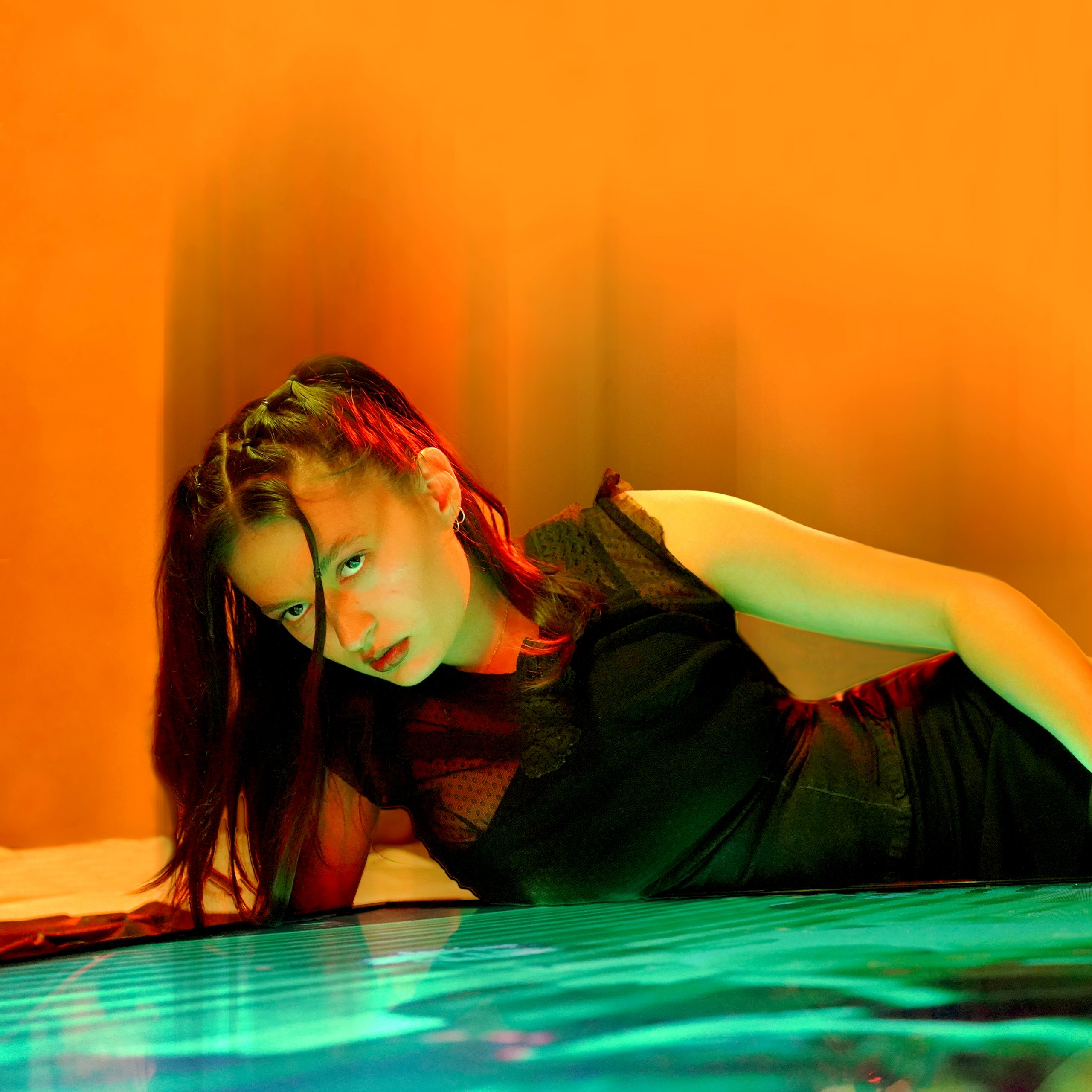 Breaking free from your everyday reality with Teather

Teather started making music during the 2020 lockdown, shortly after a survivalist phase in which she trained her lungs with long distance running and studied native plants to prepare for an inevitable escape to the woods.

Mythic Rhythmic is a new Blog, music label, and creative studio run by Acacia Carr. This Blog features indie electronic music, venues, and events—highlighting hidden and emerging creative talents from around the world. Please join us in a journey of sonic discovery!

Stay Up to Date

Sign up to receive the Mythic Rhythmic Newsletter via email and stay up to date with your favorite artists.