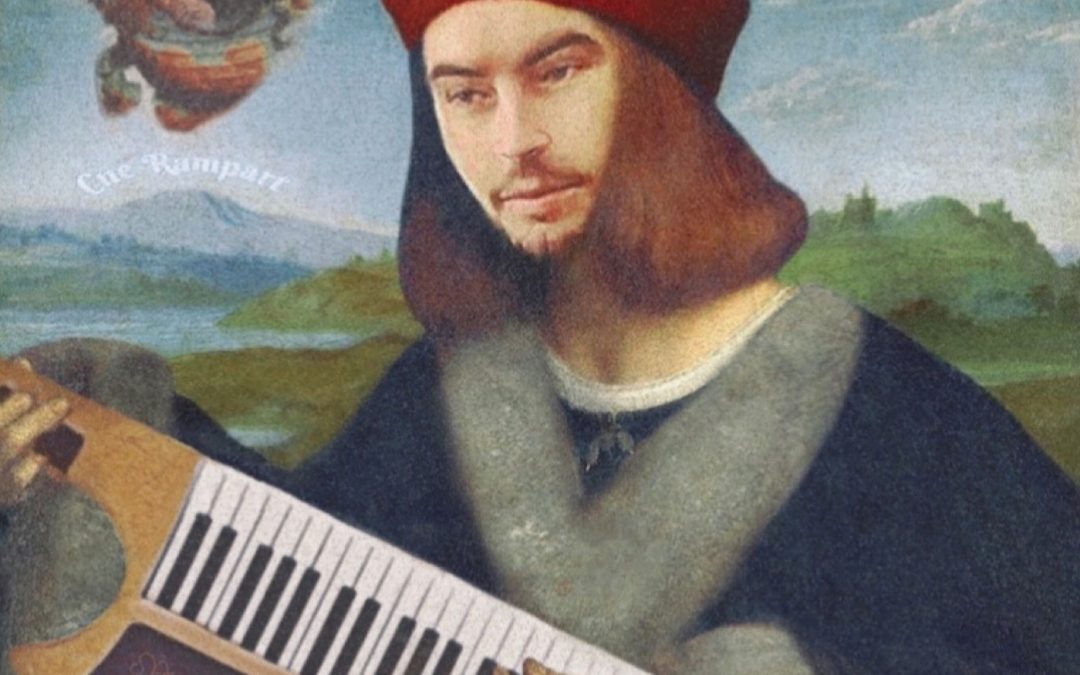 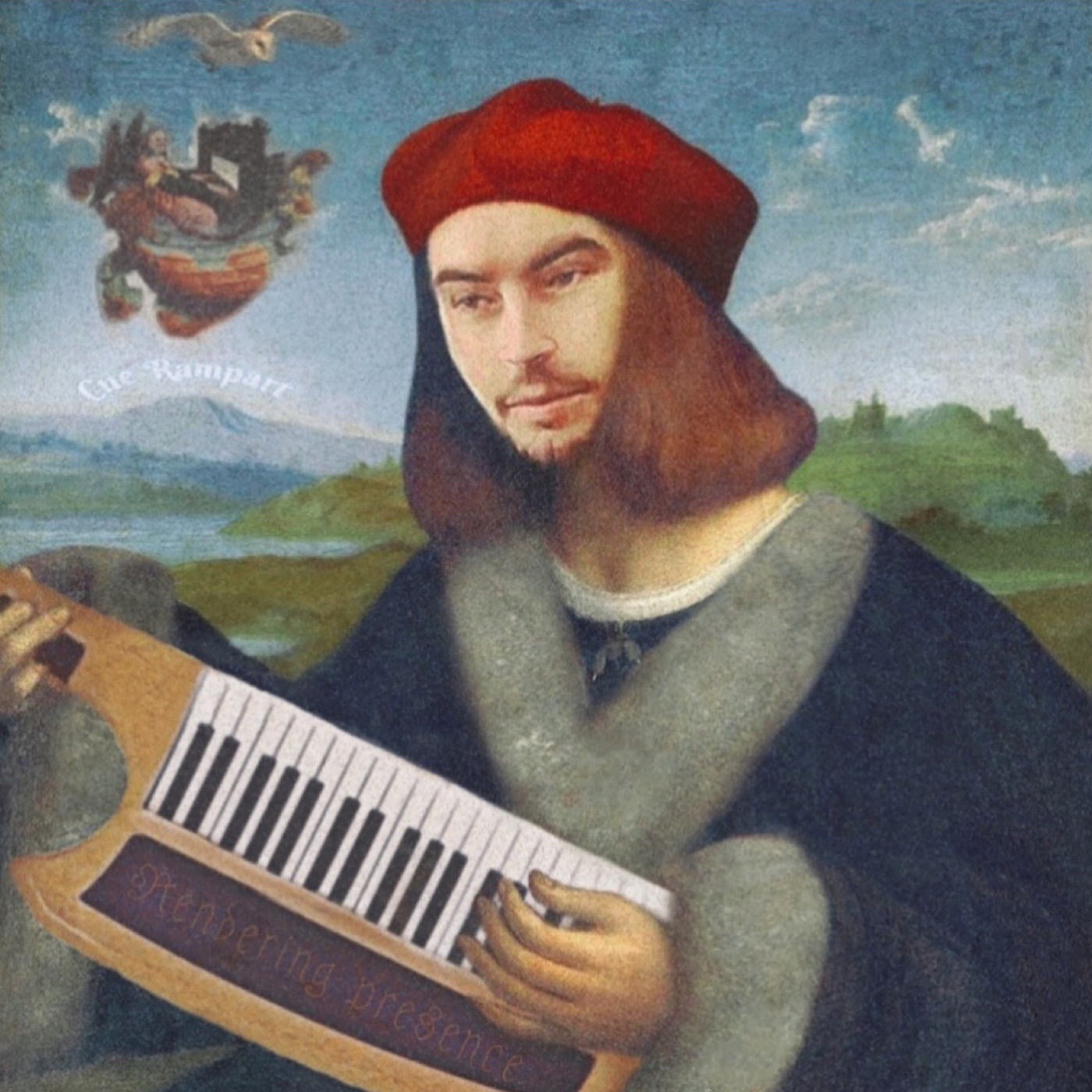 harmonic tapestries from the Heavens

Cue Rampart is a World Electronic music composer and singer-songwriter from Arizona. Cue’s deftly woven harmonic tapestries lift each listener to their comfortable peace shell in the unfiltered realm of direct, harmonic passion.

What inspires your music?

“A combination of the great electronic pop duo Erasure, and harmony god Brian Wilson, are what you could say my music is, why it exists, and why I exist as a test of memory for how long a 23 year old young man like myself can live up to them for the duration of a new age.”

What challenges have you faced as an artist?

“Finding the line between working hard or working too hard to the point where I forget to eat.”

What are your future goals?

“To reach new groups of people, widen my will, and live and make money as an artist. And most importantly, get studio monitors and acoustic treatment, because I enjoy doing everything myself including mixing.”

Cue’s forthcoming album Rendering Presence is now available for purchase on Bandcamp as of April, 2022. A true labor of love, this album also marks a bright new chapter for this talented young artist as it is the first of his albums to feature his vocals.

Cue and I chatted over Instagram earlier this year as he was getting the idea to record his vocals for new materials for the first time, so it’s truly a pleasure to watch this project come to fruition. The result is a unique and transformative recording for the ages. Cue’s vocals sound as if they have come from somewhere between the Heavens and Eternity itself. His lyrics reflect a maturity beyond his years. His keen ability to harness words are the mark of a truly dedicated songwriter.

When I listen to the opening track of the album—“Reaching the Lens of A Lightbeam”—the delicate synthesizer arrangements evoke for me the sensation of being in an old church in the wild old woods. Indeed his vocals could be those of a choir singer from another dimension and yet the overall sonic quality of the song gives it that of a vibe between World Music and New Wave.

With 11 unique tracks on this album, Cue has produced a cohesive and intriguing sonic environment full of surprising moments, somber yet soul-stirring reflections of tableau vivant, and experimental delights.

The song “Gaiting” feels like the tale of a minstrel from the Middle Ages who sings of near forgotten history yet instead of playing for the King of some far away land, he plays for the audience of an avant-garde night club in a post dystopian timeline.

Overall, the heartfelt, experimental, and yet spare nature of this album prove a winning combination. Though there are notes of the Beach Boys’ Brian Wilson and even the French super duo Air, Rendering Presence is a diorama of its own design. In an era where art is often driven by algorithms and views, it’s heartening to find artists that are committed to staying true to their selves and taking creative risks. Cue Rampart is just such an artist and I look forward to seeing what new horizons he will lead us to with his sonic creations in time. 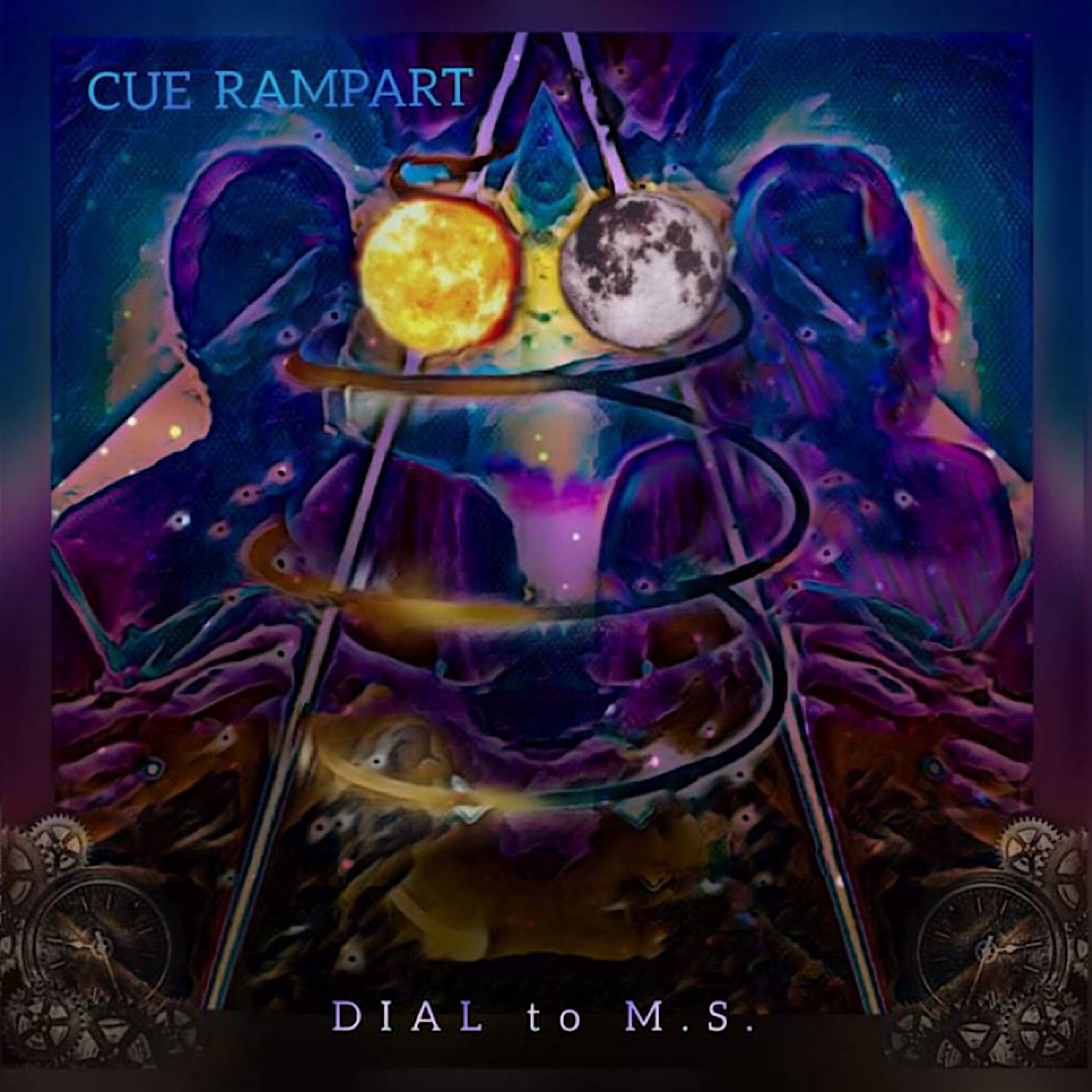 Cover art for Dial to Moon and Sun by Irina Mokrousova 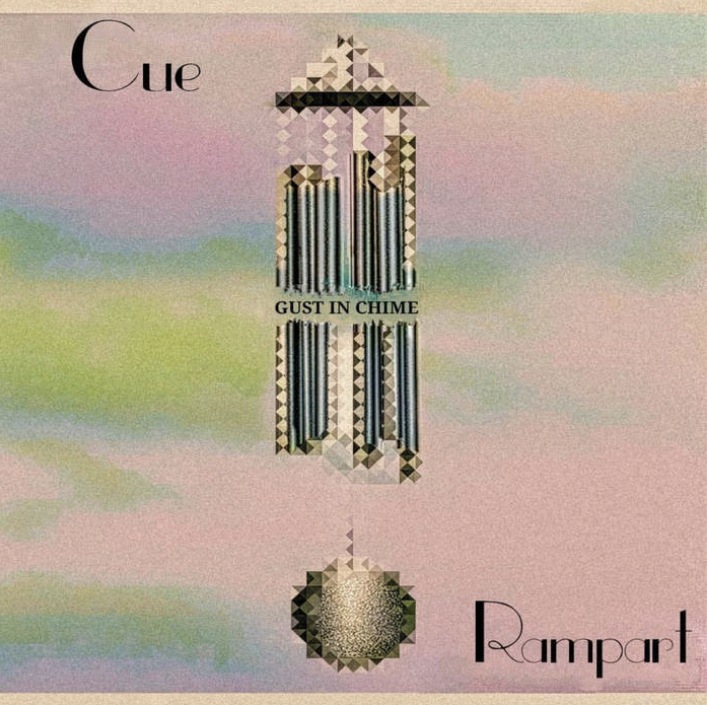 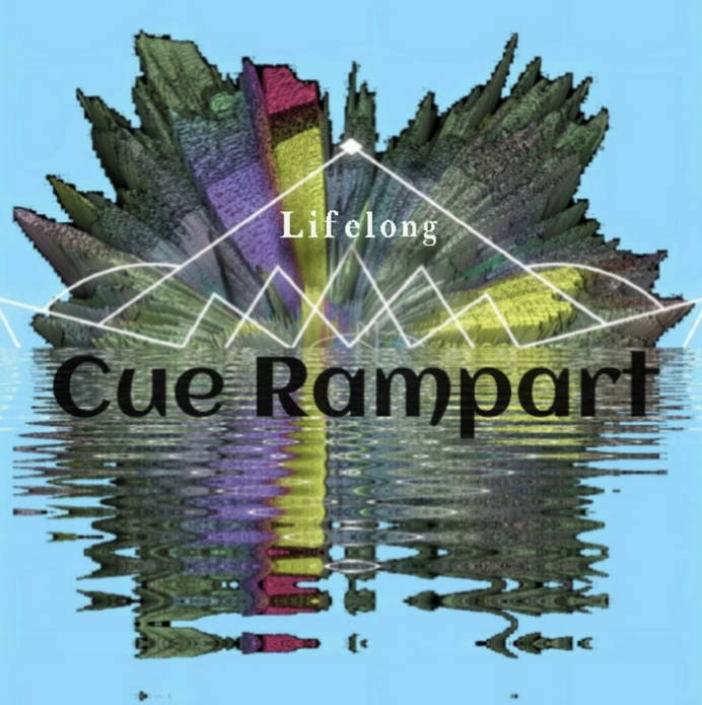 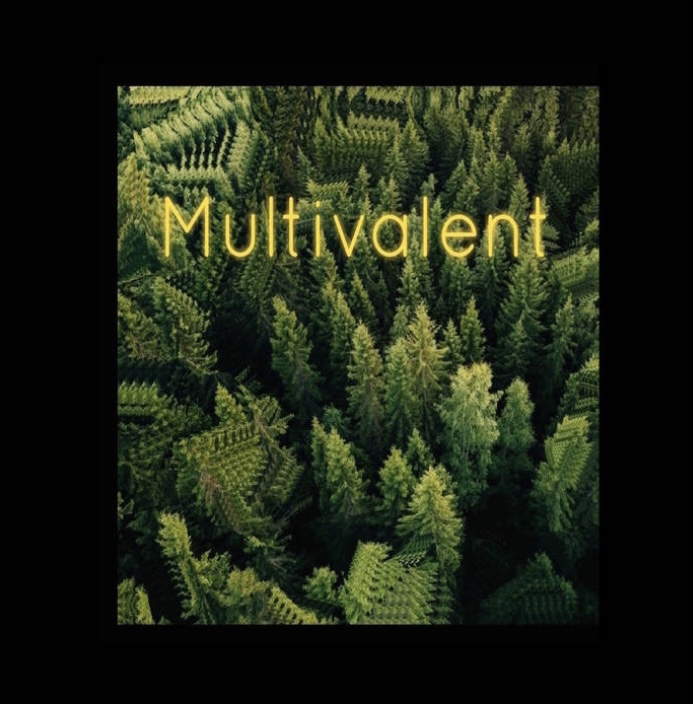 A Night Against Sounds Album by Cue Rampart (2020) 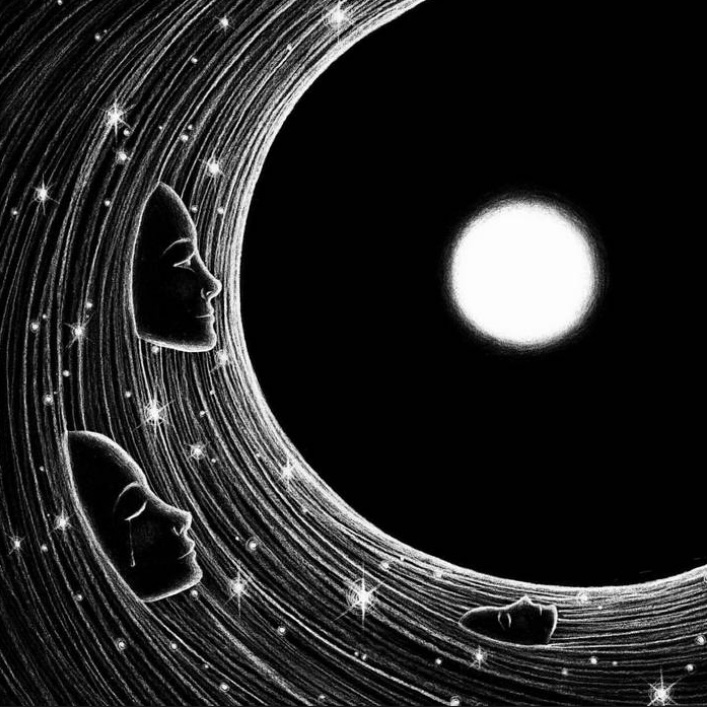 Cover art for A Night Against Sounds by Syri Water 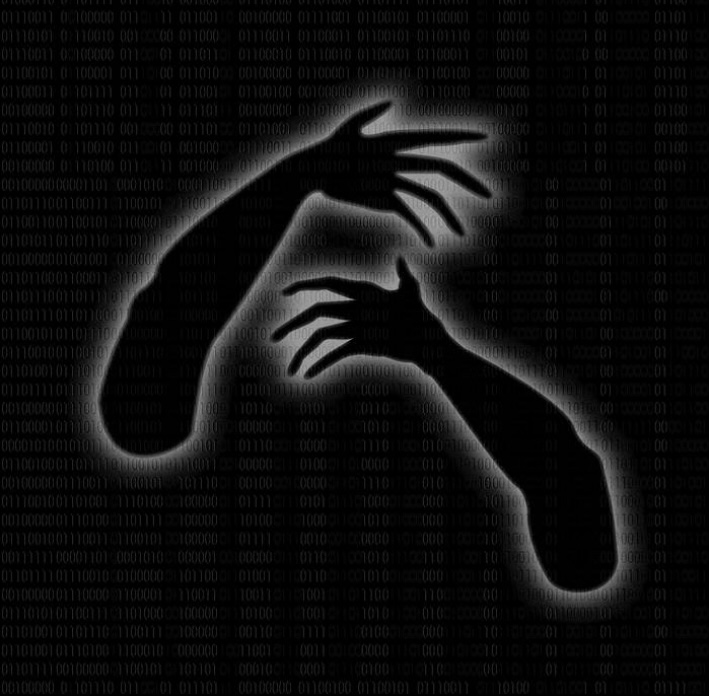 Tell us about your upcoming projects and/or shows.

Expect a lot of performances on my YouTube and Instagram…I enjoy performing my music virtually.

How can your fans help support you?

“On my Bandcamp I’ve just released my latest album Rendering Presence. Watch my performances on YouTube at Cue Rampart. My music is available on all platforms.” 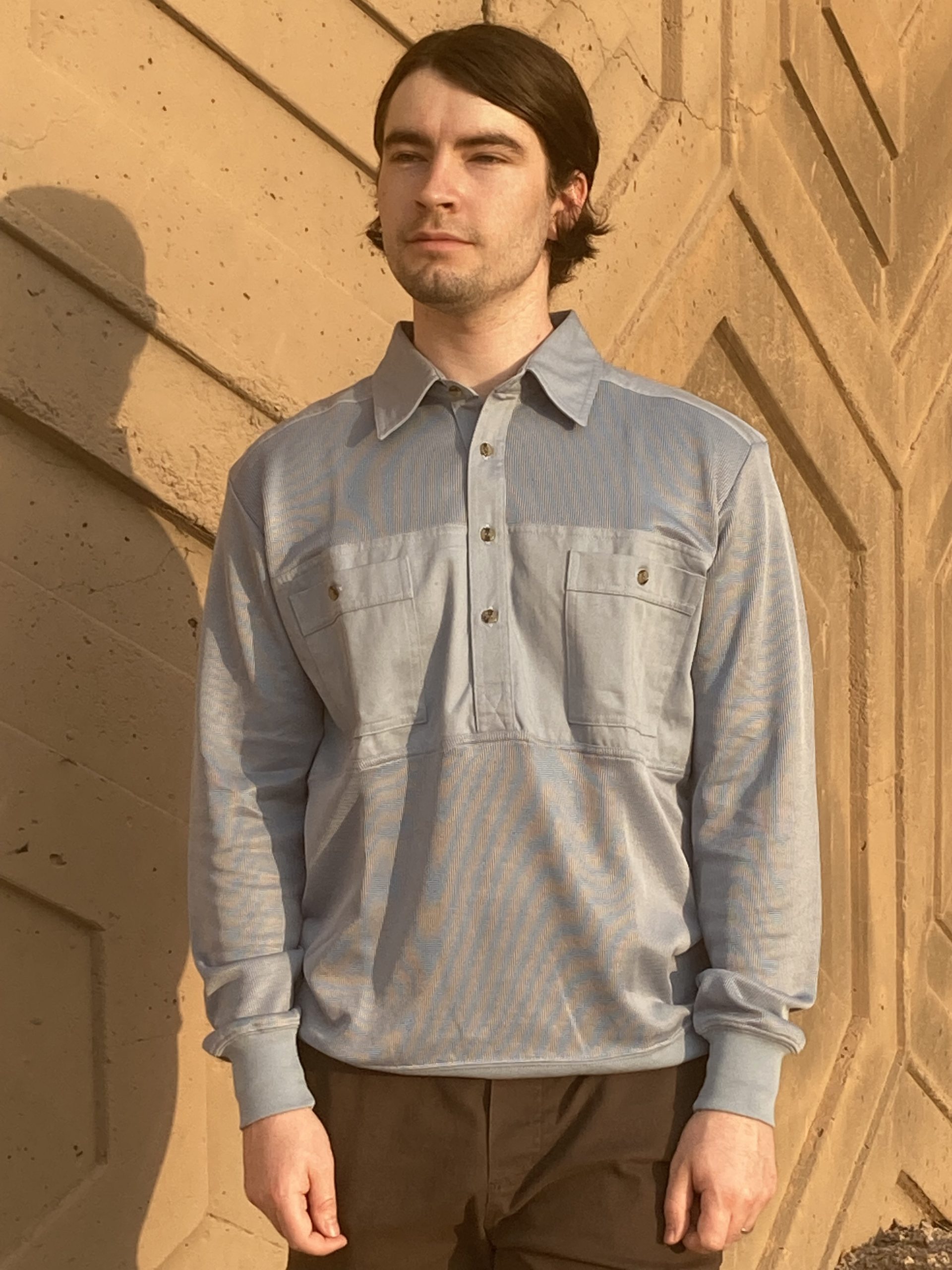 You can also show support by following and interacting with Cue on social media. Independent artists rely on the support of the music community. You can actually make a difference in an artist’s life and career by showing your support in these ways!