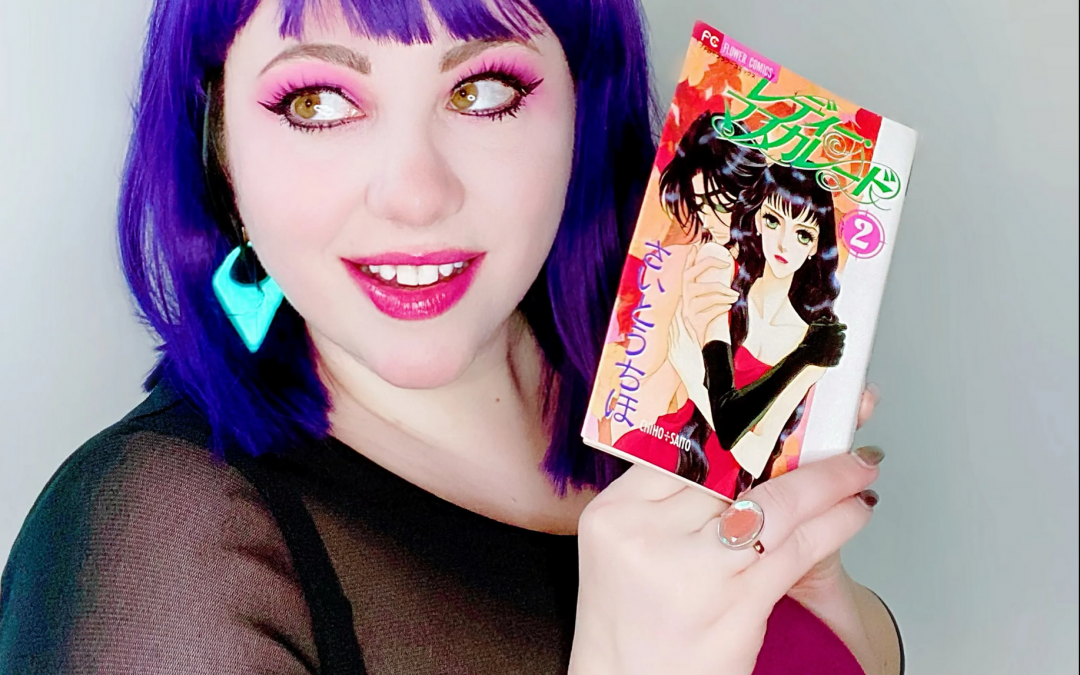 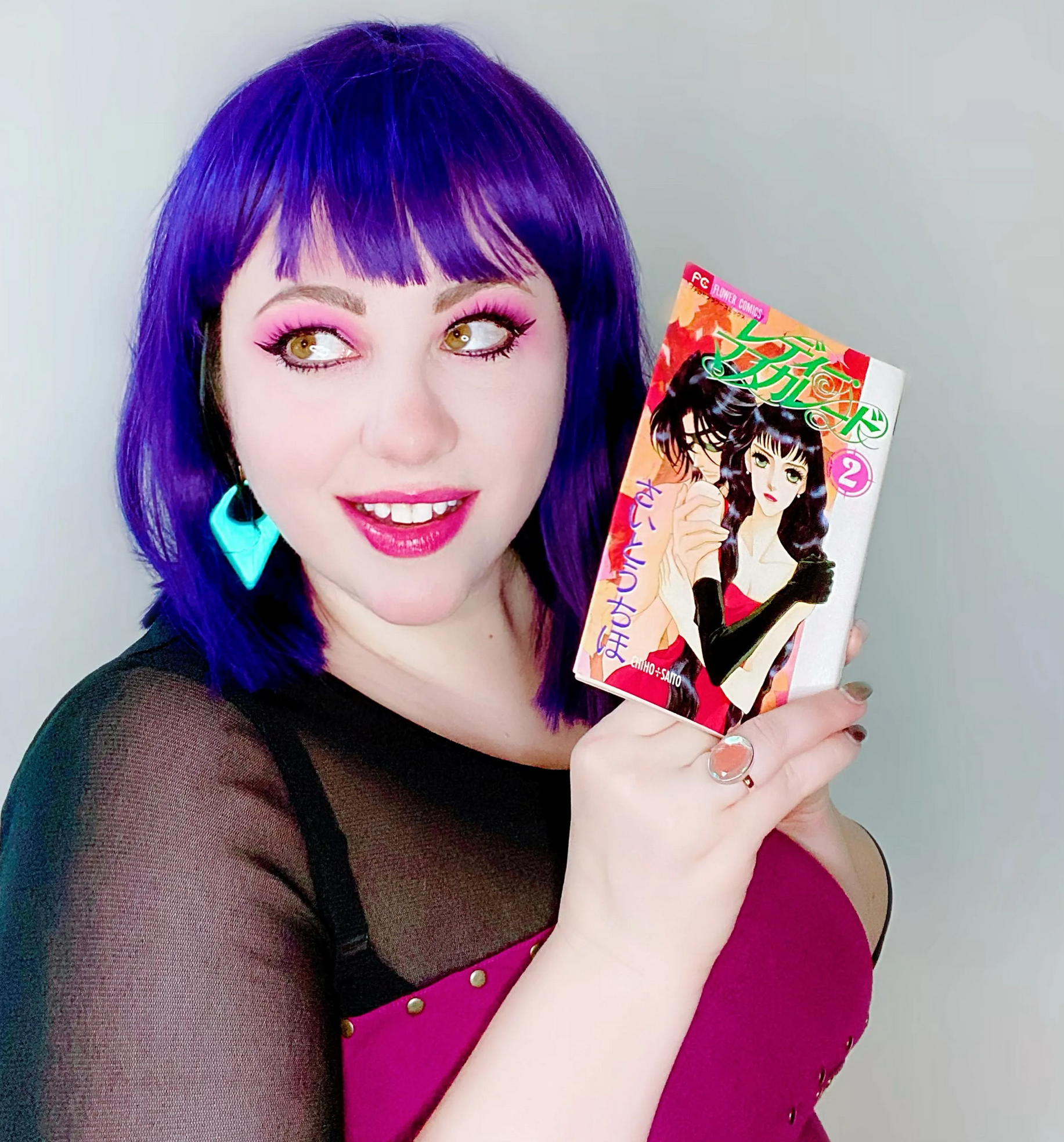 Bringing that 80s sound to the airwaves of your town

Magenta Soulstar has a voice that comes from another time and place, a timeless yet contemporary crystalline distillation of 80s pop essence, italo disc, and synthwave sensations. Her talents have been featured on various recordings including several songs released by indie darling Aztec Records.

Magenta (Christina Siravo) is a professional singer-songwriter with a diverse background in musical theatre, operetta, choirs, acapella groups, and classical vocal training. Her repertoire includes pop, rock, disco, and R&B. Latest projects include lead vocals for “Magenta & the Silverscreen”, an established local band in Maine, as well as providing session vocals and songwriting in her home studio. Noteable collaborations include Iventi Records, Aztec Records, Candy Apple Blue, SINES, and other independent producers. Her love of the 80s is a huge inspiration in her work as well as artwork⁠—she is also an illustrator, BFA in Illustration 2005 with a focus on fantasy and manga style illustration.

I first really took note of Magenta’s vocals when I heard her sing in Sines’ “Mr. Ciao” Official Lyric Video which was released last fall.

Magenta’s vocals as Christina Siravo are also featured on Candy Apple Blue’s fun indie jam “All the Will in the World” which was released in Spring of 2022.

What are your inspirations?

“I grew up listening to a lot of disco (Salsoul Orchestra, Saturday Night Fever) as well as the Flashdance soundtrack, which is one of my favorite soundtracks from the 80s. I’ve covered songs from it (you can hear them on my Soundcloud or YouTube channel) Pat Benatar was always a favorite growing up as well as Heart, those two artists helped shape my rock vocals. Musicals like “The Scarlet Pimpernel” and the “Little Shop of Horrors” are my two favorites. Tangerine Dream, Curtis Mayfield, Laura Nyro, The Blue Brothers, were also very influential. Later on in life- Kate Bush, Oingo Boingo, Cerrone, and Teena Marie have been a great inspiration. For Italo disco recently-Gino Soccio, Madleen Kane, Cerrone are my most recent favorites. I love so many kinds of music it is hard to narrow it down but mostly, 80s rock, disco, 80s R&B, funk and soul have come to the top.”

Challenges as an Artist

“I’ve always had songs in me to write, and have done so through journaling for many years. It wasn’t until recently when given an opportunity to write (lyrics and melody) for someone else other than myself, that has inspired me to continue and also re-surface songs I wrote a long time ago and start working on them with fresh perspectives. Confidence was my biggest challenge growing up as a predominantly right brained person with so much inside waiting to be expressed, but often meeting with much disapproval for that in both school and home. Confidence came the more I continued to pursue my creativity regardless of any outside resistance, and with continued action comes confidence, it is a learned skill.”

“I was given lessons throughout childhood and teenage years in voice and piano.My teachers were a great support and encouragement to me, some of which are still in touch! Sight reading complex pieces was a challenge, and per a teacher’s comment, I dropped piano in 1999 and have picked it up again 6 years ago along with keytar- which I love! I’m finding auditory/intuition based piano playing is where it’s at for me now. Choices made for me (instead of by me) as a teenager, meant I ended up in a school not of my choosing in Maine and graduated with a BFA. I had wanted to go to school for music, vocal performance and music composition. It wasn’t until years later now that I found my voice to speak up for what I truly wanted from life. Now I’m pursuing my music in addition to making the art that I want, and finding other kindred spirits, as well as performing live with my band. Unlike back then, I am now boldly going for it!”

Magenta is currently working on her first self-titled album, which will have Italo Disco inspired themes, “Fairytale synth” instrumentals, and 80s pop & R&B overtones. The ultimate goal for Magenta is to play her own music live and at shows, and to travel the world with her music and art.

If you are in Maine, you can come see Magenta perform live with her cover band-upcoming performances are always listed on her website:
www.magentasoulstar.com

Magenta is also available for hire as a session singer and songwriter (lyrics/melodies). You can commission her via her website as well. www.magentasoulstar.com

You can also commission her for custom illustration (t-shirt design, Album art, posters, you name it!) through her illustration website.

You can show some support for Magenta by following her accounts, listening to her music, and/or shopping from her shop. Independent artists rely on the support of the music community. You can actually make a difference in an artist’s life and career by showing your support in these ways!